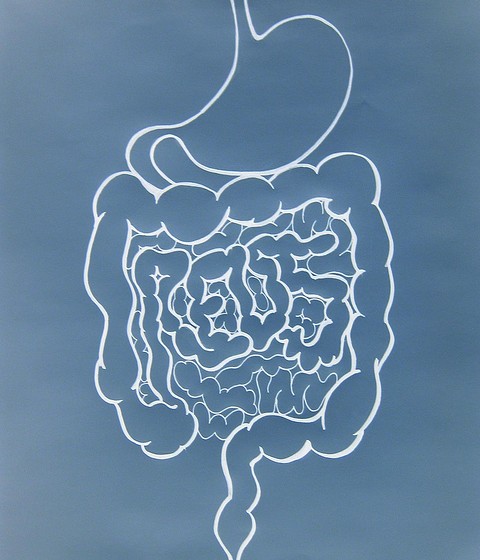 The next time you take a bite of that less-than perfectly washed lettuce or have a spoonful of raw milk, try to think about it more as a potentially transformative experience, possibly very beneficial, and less as a major health risk.

We have lived in an antimicrobial age. The last 100 years or so have seen pasteurization and antibiotics define the fields of food processing and medicine. More and more research suggests that the time and place for each may have to be re-evaluated with respect to the cost/benefit ratio in terms of human health.

Antibiotics are in many ways a medical miracle. They have done wonders for the human life expectancy. The ability to halt a life-ending infection in its tracks should never be under-appreciated. As I write this, I am on my 3rd week of doxycycline for Lyme disease. Hopefully it will prevent an otherwise life changing infection.

The only real downside to these medicines is their often undesirable effect on the ecosystem within us. That effect is now being shown to play a significant role in many chronic disease risks. All of us have more foreign DNA and genetic material (from other organisms) in our bodies than we do our own. The four to five pounds of bacteria, yeast, fungi and possibly other life forms that reside in us also have the ability to affect our gene expression. For instance, you may have one of the several genes that are associated with a greater risk of autoimmunity. Those genes might be turned on if the levels of Prevotella or Klebsiella are higher in your colon than the numbers of Bacteroides. A significant population of Klebsiella has also been associated with conditions like Ankylosing Spondelytis (is a chronic inflammatory disease of the axial skeleton.)

Larger, macro-type pattern observations from Jeffrey Gordon’s lab at Washington University’s genome sequencing lab has indicated that a shift towards more Fermicutes and less Bacteroidetes is associated with a much greater likelihood that the human or mouse is obese. There are several of these, albeit loose and not completely cause and effect proven relationships, sorting themselves out of the most recent human gut-microbiome research.

One of the most intriguing discoveries to date is the link between Cyanobacteria and neurodegenerative diseases like ALS, Alzheimer’s, and Parkinson’s. As it turns out, some of us harbor this bacteria which in turn generates a potent neurotoxin known as BMAA. Does seafood, swimming in certain waters, or eating a particular way foster greater populations of this potentially brain disruptive bacteria? Researchers are trying to figure this out, but at first glance it appears that it is very important to avoid eating any fish or shellfish from waters that experience the occasional algae bloom. Have you seen how frequently these happen now along our coastlines? They are more frequent than ever before, especially where there are greater numbers of people.

How can these bacteria actually control what genes are read by cells as opposed to deleted?

Inflammation. It is a major component, probably not the only factor involved but the one we know the most about to date.

Certain bacteria populations are now being closely associated with very specific metabolic response to individual foods, types of nutrients, and general dietary patterns or ways of eating. The Cleveland Clinic recently identified the inflammation associated with a red meat meal as a by product of the carnitine (a nutrient that is needed by the body and which red meat is very rich in) metabolism by gut flora. Not everyone that was tested had the inflammation. It was mostly the individuals who ate a more typical American diet. The subjects that tended to eat more raw fruits and vegetables showed no inflammatory response. The same study design was then applied to eggs. Again, a specific molecule in eggs, this time an also very important nutrient choline, generated a very high level of inflammation in the subjects blood. Those subjects who ate a more refined and high protein diet had the inflammation, those who were more vegetarian did not.

These results suggest that the levels of different microbes harbored within us have the final say as to which foods are truly compatible and will leave us better off as opposed to on fire and headed towards a problem.

As it turns out, there is so much more to the picture than just our use of antibiotics or our exposure to them by eating the never ending stream of tainted, conventionally- raised meat and dairy products. There are numerous influences but it is really clear that a diet high in microbial-rich foods (i.e. fermented) and plant fiber (what the beneficial microbes really need to live on) are big factors.

These dietary attributes generally foster a better balance of the bacteria strains that have more anti-inflammatory responses to meals. A diet that is higher in meat, flour, and sugar tends to produce an intestinal population with a predominance of more offensive characters and less diversity.

If this sounds strange, just consider that diabetic mice given fecal transplants from healthy mice, soon become non-diabetic. The same research has shown that even hostility and other behavior is changed with transplants from friendly mice. I realize that few people will sign up for such a procedure, but consider the other methods that you may be able to use to produce a major shift in the population of microbes in your GI:

Eat and be well!

Did you enjoy John's writing on Gut Health? If you would like to learn more about your relationship with your gut, consider spending the week with John & Jan on Martha's Vineyard April 19th-26th for either their Finding Your Food Map or Defining Food Quality workshops (or come for both!)

Also, register for our 21 Day Cleanse and enjoy 21 Days worth of Food, Diet, and Lifestyle information and guidance from Diaeta Way, featuring daily emails and nutritional information.