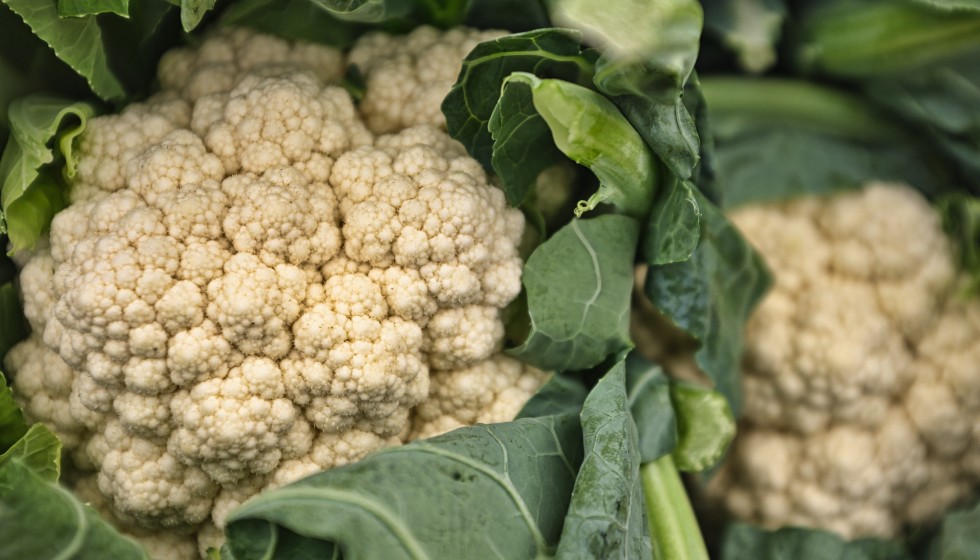 Preheat oven to 350°F. Line an 8 inch by 4 inch loaf pan with parchment paper.
Steam the cauliflower for 3-4 minutes or until tender. Allow cauliflower to cool. Once cooled, working in small batches, place a small amount in a tea towel and  wring dry. Repeat with remaining cauliflower.
Put egg whites into a mixing bowl and whip at high speed until stiff peaks form. Set aside.
In a large bowl, combine eggs yolks, oil, almond flour, baking powder and salt. Mix until a smooth paste forms.
Stir in the cauliflower and blend until well mixed.
Add about ¼ of the egg whites to the cauliflower blend. Use a spatula to fold in the egg whites.
When egg whites are completely folded in, add in another batch of egg whites and repeat until all egg whites are incorporated.
The mixture should be pale and fluffy. Be careful not to beat the egg whites, because that will cause them to lose the air whipped into them and the bread will not properly rise.
Pour batter into prepared loaf pan. Bake for about 45-50 minutes, or until bread is done. Allow bread to cool before slicing.

*OR use a homemade paleo baking powder – corn free:
2 Tbsp. cream of tartar
1 Tbsp. baking soda
1 Tbsp. arrowroot powder
Combine ingredients in a jar with an airtight lid, secure the lid and shake to mix. Keep airtight between uses to avoid activating the ingredients with moisture.